Fuji Garmin Infortainment unit not powering down with ignition off

Fuji Garmin Infortainment unit not powering down with ignition off

About 2 weeks ago I noticed it no longer switched itself off after the shutting the engine down (pressing the ACC Stop Start button). I confirmed the ignition was NOT in the ACC mode (I know to press the button immediately after engine shutdown to enable the radio to keep playing) but in the OFF mode. As the Fuji Garmin continued to operate, I had to manually press the volume on/off button to shut it down, before stepping out of the car.

The unit was otherwise operating fine when running.

And I can confirm the car ignition is also working fine, witnessed by all 12v outlet accessories powering on or off in tune with the ignition mode.

This all took a stranger turn last week when I noticed walking close to the car, my iPhone was Bluetooth-hooked up to the Fuji Garmin, despite the car and the audio unit not obviously switched on. Another moment I would come back to the car and noticed the unit was running (remember the car ignition is in Off mode), after distinctly recalling I had manually switched off the unit before leaving the car earlier. So I'm suspecting the unit could have switched itself on without any intervention.

And so I attempted to system-reset the unit from the user interface (including disconnecting the power from the unit by removing the fuse for 8 hours), but no difference in outcome - the unit would still not power down when Ignition mode in Off.

And this weekend, everything went pear shaped when the car battery drained flat - very strange given it's quite a new battery and a high capacity battery at that. It almost has to be the Fuji Garmin draining the battery.

After recharging the car battery today, I removed the unit and as I couldn't find a "hard" reset button anywhere, I've left it on my workbench until I find a solution.

With a multimeter I tested the wire harness to the Fuji Garmin - the red/white wire has a constant 12v (correct), and the white wire is 12v when ignition is On but about 1.88v when ignition off - so I'm not sure if 1.88v is normal and if it isn't, could this be causing the problem?

Or is it just a case of the Fuji Garmin being faulty, given I experiencing at least one random shutdown per month, and recently, it would also suddenly switch off and stay off, until the power to it was cut for at least one hour. My experience has been it's a buggy unit and this latest drama has me considering an aftermarket Apple Carplay unit ... 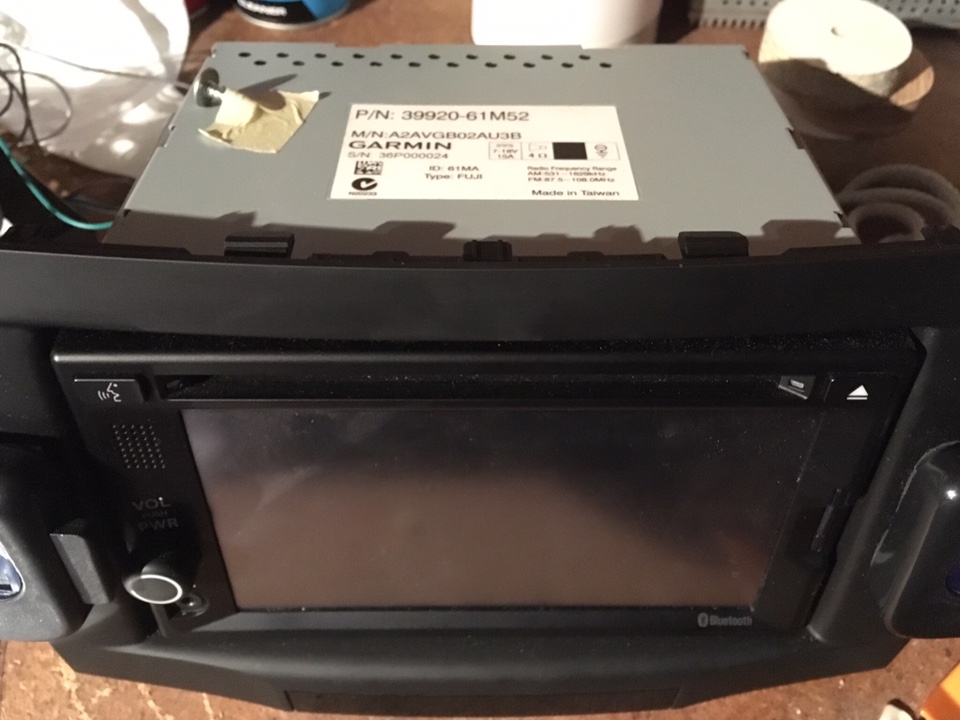 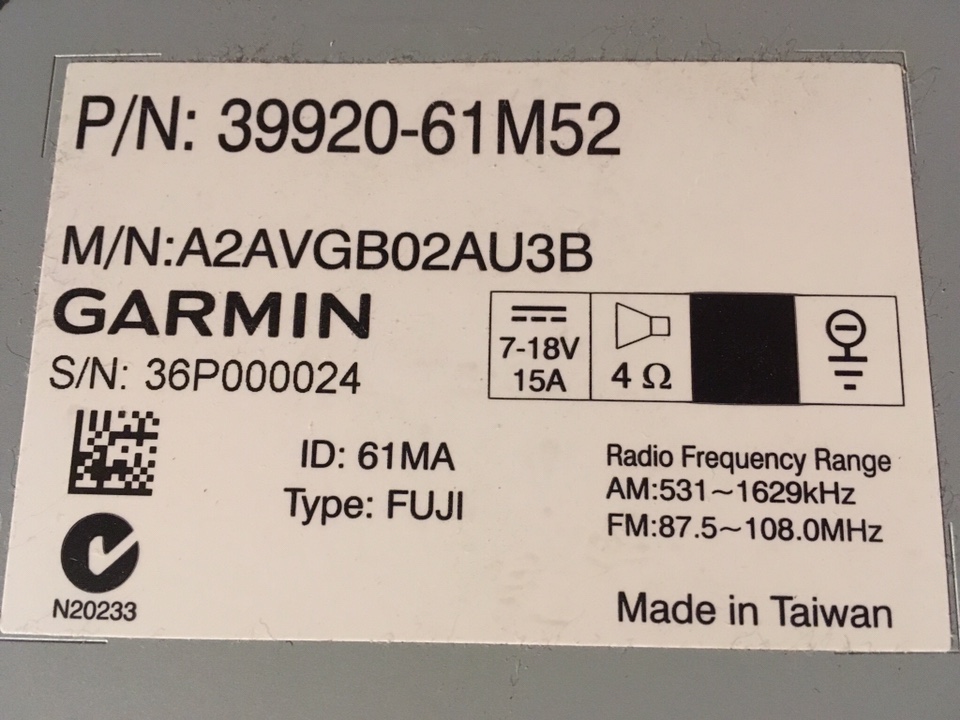