What Did You Do With Your Kizashi Today?

Anything related to the Kizashi can go here, but please look at the other headings first. Your topic may fit better under something else.
Reply

AirRideFan wrote: Please post some pics and let us know how the heated seat connections go...hoping they are in there and plug and play. (That's how the Mazda MX-6 was- prob the Probe, too)

I can say confidently, that they are Plug and Play. All of the wiring and fuses already exist for power and heat on both the passenger and driver side . I physically checked before I started just to be sure. I just need to pop in the climate panel with the heated seat buttons once it arrives, which is about a 5 minute job. Not too important for 3 or 4 more months, but it should be here this week anyways

Once I have everything finalized and cleaned up, I'll post a thread with a few pictures.

#51929  by KuroNekko
Sat Aug 01, 2020 5:35 am
I had the gas tank replacement recall work done Wednesday. I didn't really have a choice as the California DMV renewal notice explicitly stated that proof of this recall work completion was necessary for renewal. However, it's not like I opposed it. At nearly ten years old with 100K miles, I don't think it's a bad idea to get some brand new parts like a new gas tank. The gas cap is all new too which is a part that eventually fails over time. I also got that exhaust rattle inadvertently fixed as I hoped because the recall work required exhaust component removal. Win-win.

For those interested, the recall work time is faster for FWD models given AWD components aren't in the way. I dropped off my car at 9AM and got the call that it was ready at 2PM of the same day. Tech notes on the document reads:
"Replaced fuel tank and breather box with new updated ones, breather box only weighed 127g, did not have to replace canister. test drove car, all is good."
The car is fine and in fact, better than before given the rattle is gone.

I know some people don't want this done given the mentality of, "If it ain't broke, don't fix it!" I get it. But my Kizashi is a 6 spd manual that will likely be running another decade from now so any component vulnerability getting addressed is a good thing in my mind. I also sometimes drive on dirt roads to campsites and hiking trailheads so I didn't want to take chances with a clogged breather vent.
2011 Suzuki Kizashi Sport GTS 6MT (Black)

#51950  by KlutzNinja
Sun Aug 02, 2020 8:22 pm
Glad it seemed to go well for you, KuroNekko. Just be sure to check the wheel by the gas tank because, while the tech at our service center is good at what he does, he didn’t put the lug nuts back to torque spec. I wouldn’t be surprised if technicians at other service centers make this goof as well.

#51951  by bdleonard
Mon Aug 03, 2020 3:34 am
Got my replacement climate panel with the heated seat controls installed, and tested it out to make sure both the controls and the new headed leather seats were working properly. It checked out on both counts, so I will soon have a tan cloth interior posted in the classified section and I'll try to take a few pictures of the black leather seats in place of the tan cloth and post a quick thread on process / results from swapping the seats. 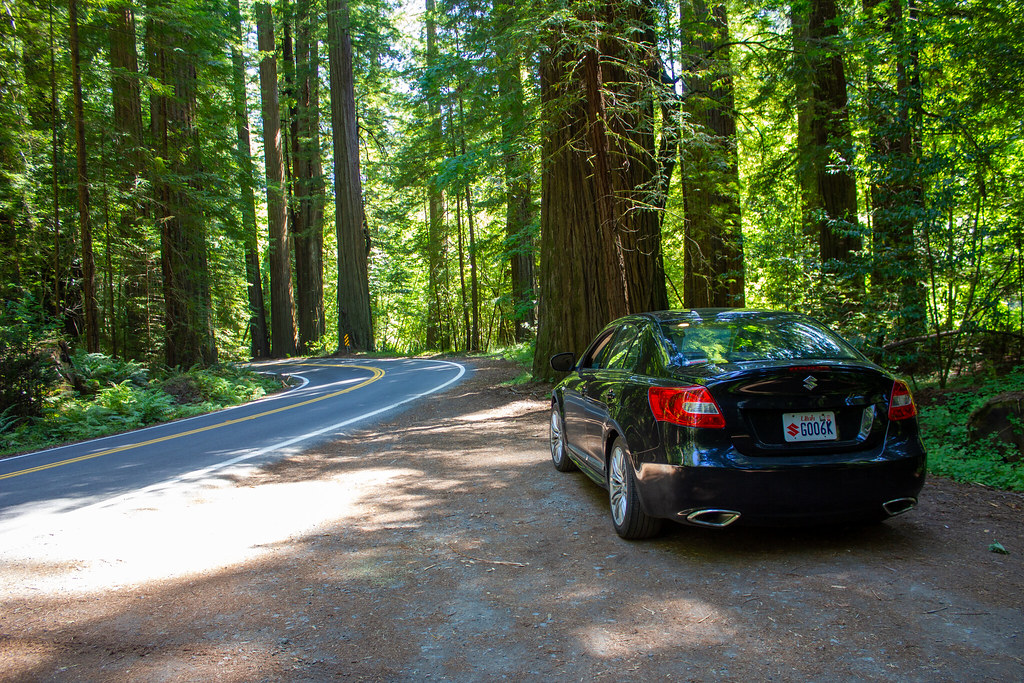 Over the course of 18 days I drove my Kizashi 4,226.5 miles round trip from Salt Lake City to the start of Highway 101 outside Olympia, WA, down the entire Pacific Coast Highway to San Diego, CA, and then home. Amazing trip.

The Kizashi was a perfect vehicle for this. Sporty enough to make the curvy stuff fun (the Straight of Juan de Fuca Highway between Sekiu and the Makah Indian Reservation is a must drive if you get the chance) but tame enough to make the long straight sections comfortable.
1986 Suzuki Samurai JX (Tintop)
1990 Mazda Miata
1994 Isuzu Trooper
2012 Suzuki Kizashi GTS Sport (6MT)