What Did You Do With Your Kizashi Today?

Anything related to the Kizashi can go here, but please look at the other headings first. Your topic may fit better under something else.
Post Reply
2046 posts

old tech wrote: ↑Tue Jun 14, 2022 12:05 pm An up date on the 2nd 2010 cracked block. I dont think any more of these cracked blocks will be covered. This one should have been a slam dunk but was wrongly deemed a head gasket by Suzuki technical case closed. Even with many pictures of coolant leaking from crack and crack being exactly as pictured in 2019 revised service bulletin . This customer (original owner) noticed leak and parked it, never over heated. Some people really get the short end of the stick. She lost her husband just before this happened and car has been laid up nearly 3 mo waiting on Suzuki"s decision.

Sounds like Suzuki is washing their hands clean of their warranty obligations now as it's been about 10 years since their exodus from the US market. I think we Suzuki owners face the reality that we are really on our own now. While some are lucky to have specialists like you near them, for others, a major issue will spell the end of their Suzuki for them. I think for this reason, many rational people are moving on from buying into the brand even if they love Suzuki given parts, service, and warranty are largely bygones now.
2011 Suzuki Kizashi Sport GTS 6MT (Black)
Top

I agree. It really is a shame though that currently, Suzuki Automotive has nothing here in the US. Wouldn't it be nice if Toyota were to take the Jimny and rebadge it to fill their gab in the market. Ford cant build the Mavericks fast enough and the Santa Cruz isnt having any trouble selling either. Suzuki wouldnt be able to meet the demand but what a good problem to have.
Top

I had a Kizashi get towed in the other day that had thrown the belt. The complaint was it didn’t run now either . I confirmed that it did throw the belt and vehicle had no compression when cranking it over. I pulled the valve cover too quickly check valve clearance and found some of the intakes had excessive clearance indicating that most likely the valves had bent and cams were out of time. I couldn’t figure out what the belt had to do with it but I told him that somehow something had happened with the timing chain and guides and we now have bent valves so the expense of the repair would’ve been more than putting in a used engine. I gave them a price on 100,000 mile engine in one and only had 26,000 miles on it for only $200 more. He chose the latter. Upon removing the engine I did find what caused the chain to jump and it was the belt got shredded and was sucked in through the crank seal, jumping the timing chain. I didn’t think this was possible but here it is. 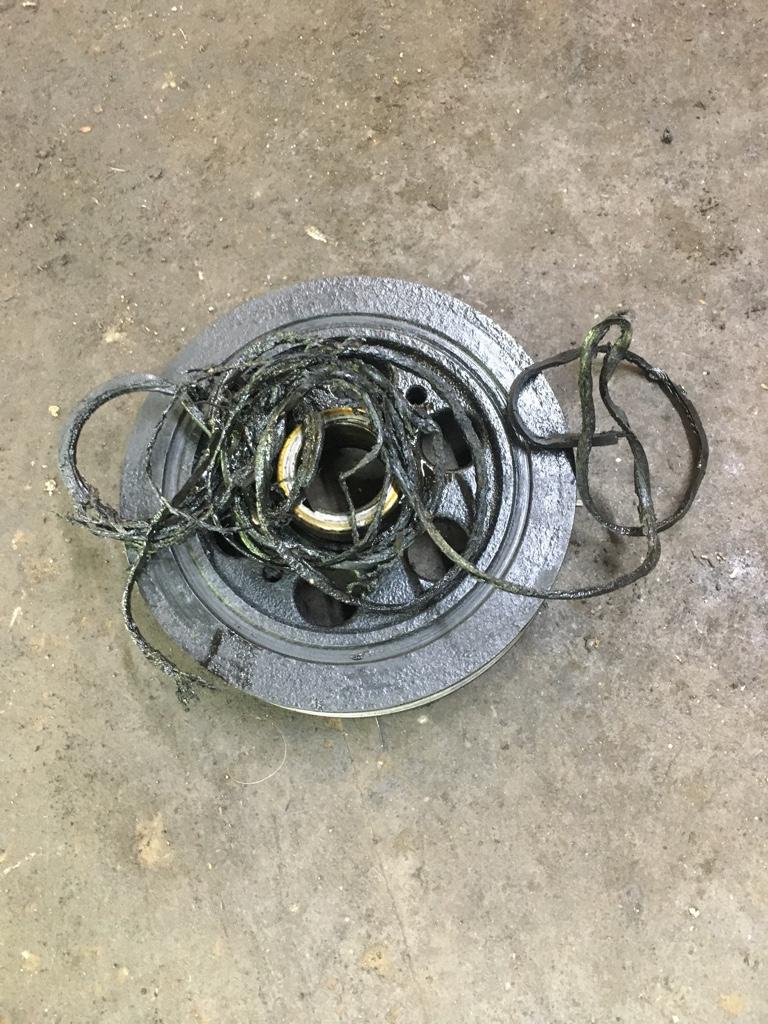 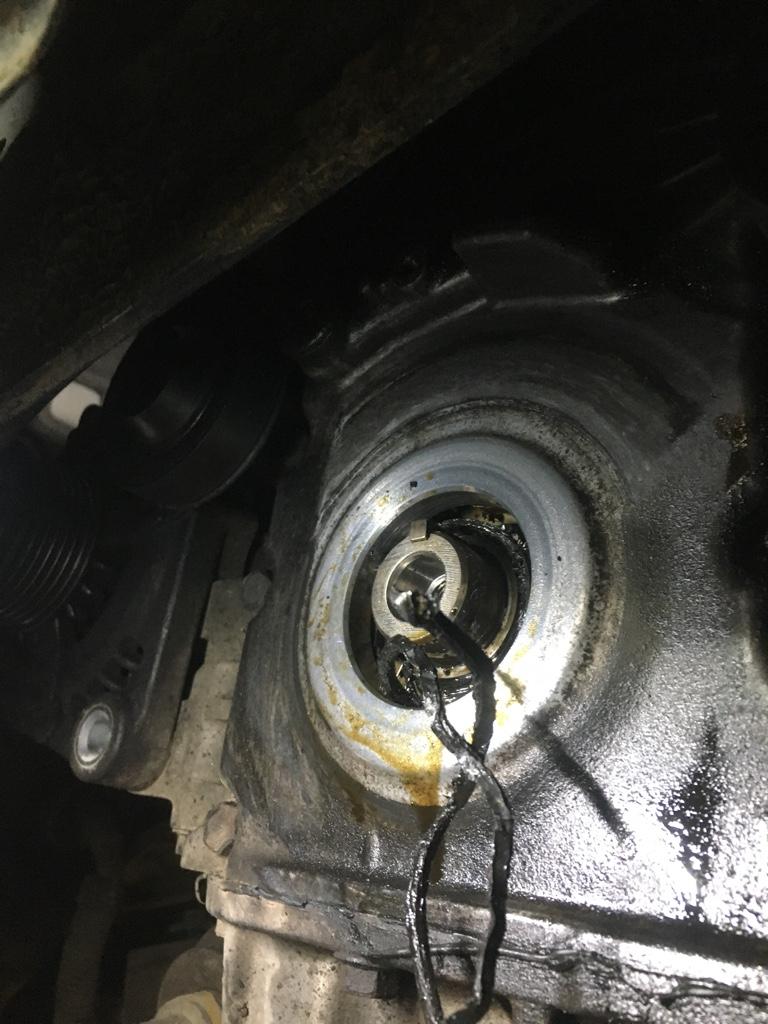 This vehicle had 178,000 miles on it and I believe the drive belt to be the original actually. My suggestion is if you haven’t replaced the belt by 125,000 miles , you probably should. Also it would be my advice to check pulleys, bearings and the belt tensioner for good alignment. You can do this following the post I put under technical “cheap fix belt tensioner”

wow thanks, old-tech for sharing I saw a similar situation on the timing belt set up but in Kizashi with a timing chain who would have thought
Top

Wow, this really ups the value of replacing that belt tensioner.
Alcohol, Tobacco, and Firearms
Should be a convenience store, not a government agency
Top

I have a young Kizashi owner that just scored a job with the US postal service and is to deliver mail in rural Pa. This means you supply your own vehicle which , for your sake better be all wheel drive. I had rebuilt his Cvt 3 months and felt good about the transmission but made him aware of this is a lot stop and start . The very thing that is hardest on the transmission. He still has 9mo of warranty left and I’ll still back it but 30.000 miles here is equal to 100,000 used in this manner. This will surely be a test on it . I installed a right side accelerator pedal and brake . 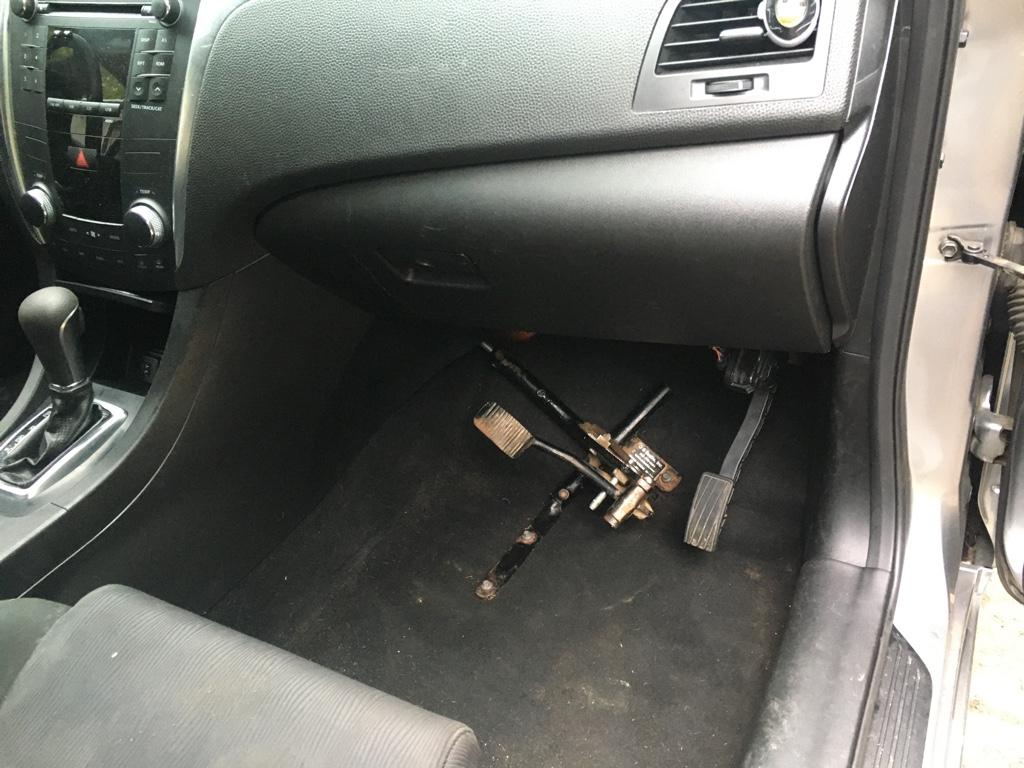 Return to “Chat About the Kizashi”

Jump to
Powered by phpBB™ • Design by PlanetStyles